Cao Bang Province, located in a remote region of Northern Vietnam, is awash in breathtaking geo-cultural landmarks. With 47 lakes and five major river systems, water is a key factor in determining the local environment and way of life.

If you want to have an adventure of a lifetime in this fascinating destination, joining our Cao Bang bike tours is the way to go.

After a hearty breakfast in the motel, we started pedaling to Pac Po. 108 kilometers from the Chinese border, Pac Po is situated amid large mountain ranges, streams, and rivers. Going on a tarmac road through serene towns, we took in the pristine nature and breathtaking views.

Upon Pac Po’s arrival, we took the opportunity to pay respect to Hochiminh, who inspired the Vietnamese to retake the streets against Japanese troops and a French military invasion in order to win independence in 1945. After our visit, we hopped on our bikes and went upwards to the Gate of Heaven. Following lunch was the testing time for our skills on the summit before riding a descent to Tra Linh.

We started our biking day by riding upwardly through the town before descending to Trung Khanh. The crew enjoyed stunning views and amazing vistas as we went through the heart of the Global Geopark. Once we got to Trung Khanh, there was some time to recoup and relax. Then, we kept going till we left the single track and turned toward Quay Son River.

While riding through the border belt, across a bamboo bridge, and cycling past charming villages and green rice paddy fields, the breathtaking and lush scenery was jaw-dropping that we couldn’t help but use up a camera film roll. Following lunch, we continued the journey and went kayaking down the river to Ban Gioc Waterfall.

Day 3 welcomed us with the magnificent view of Ban Gioc Waterfall. It is the fourth-largest border-crossing waterfall in the world, appealing for its scenic depiction of the blue sky, enormous limestone mountains and rice fields alongside ordinary life.

Our new cycling route began at the motel and winded along the border to Hanh Lang. Another successful day awaited us as we negotiated the route’s rocky passes and tight turns. However, we were rewarded with breathtaking scenery and fantastic sightseeing. We continued cycling on a recently paved route that descended to Quang Uyen Town after lunch.

It was our last day of the tour. After cycling a short distance on the main road, we turned off into a country road leading to a village where the paper was made. Here, we got a chance to manufacture our own paper using a method the inhabitants have been using for centuries.

A single track led us to Phia Thap and the commune of Trung Vuong. On the route, we got the chance to see several vibrant hill tribe settlements as well as meet and converse with locals to learn about their way of life. Then, we hopped on the support vehicle and went back to Cao Bang, ending our Cao Bang biking tours.

We started our adventure by transferring from Hanoi to Cao Bang on the support vehicle. We took a brief pause after we got there before going for a ride through the neighborhood.

After a trip along vast dirt roads, there was a paper-making village, and we even tried to make our paper using a method that has been practiced there for many years. Then, the crew took a leisurely ride back to the homestay.

Our team passed through a basket-weaving community on the 40-kilometer trip via sealed and unpaved roads, where we observed and participated in making a basket. Then, the remainder of the southern part of the loop was quite relaxing before we stopped for lunch at a cool spring.

Once everyone had refueled, we continued north to Quang Uyen, where we bought refreshments at neighborhood stores. A short but steep rise led us to the northern loop, through breathtaking scenery, and we returned to the homestay for a break.

In terms of mileage, day 3 was the longest day of the four-day tour. The majority of the congested roadway leading to the Chinese border was left behind as we began our 40-minute bus travel to Trung Khanh.

The border can be seen in the distance as we headed north through stunning river scenery, rice terraces, and waterwheels. After crossing the lovely Quay Son river, we turned southeast through paved roads and village trails before turning east and traveling to Lung Niec, which was close to the well-known Ban Gioc waterfall.

Day 4 was the highlight of our trip as we got to see the breathtaking scenery of the Ban Gioc waterfall. After making a right turn onto the main road, it was a brief descent to the magnificent waterfall.

The crew spent a few hours taking part in community development activities to help the people maintain the environment. After the visit, everyone boarded an express bus to return to Hanoi.

The North Vietnamese frontier region, Cao Bang, is incredibly lovely and sparsely populated. Numerous ethnic minority settlements can be found in this hilly area, which shares a border with China in the northeast. Even though the Ban Gioc waterfalls are a well-liked tourist destination, this area is frequently ignored by travelers, preserving its distinctive beauty and culture.

For those adventurous out there, why not sign up for our Cao Bang bike tours to explore this amazing destination? It will be a memorable event that you will always cherish. You can also find more exciting Vietnam bike tours on our website. Follow us now!

Let’s see what cyclists say about MTB Vietnam on Tripadvisor! 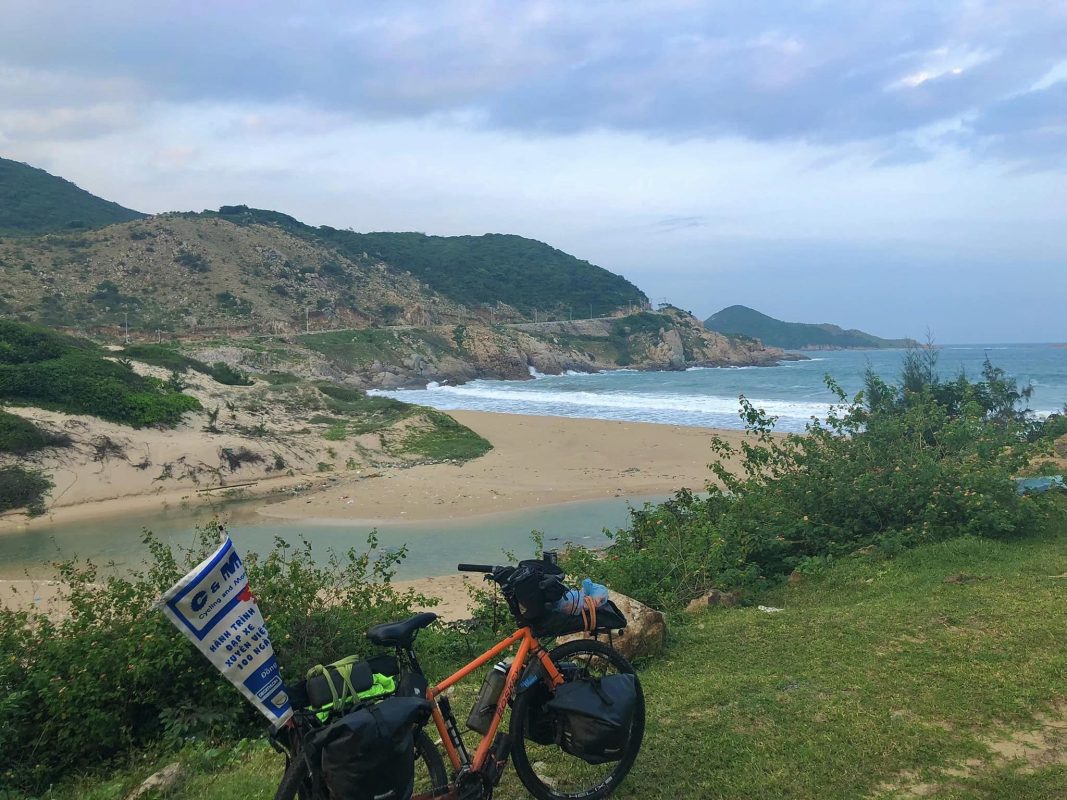 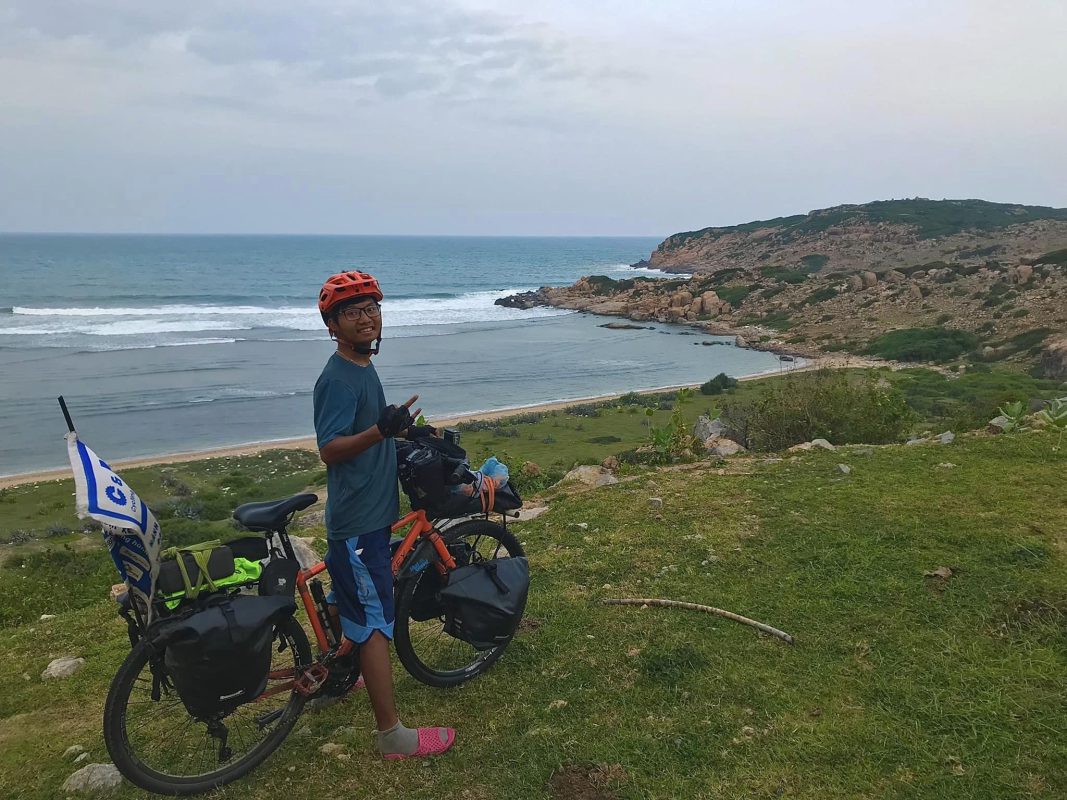 What to Do in Great 3-Day Ta Xua Biking Tours? Join our Ta Xua biking tours now if you want to welcome the dawn and touch a sea of clouds on one of Vietnam's top te...
END_OF_DOCUMENT_TOKEN_TO_BE_REPLACED 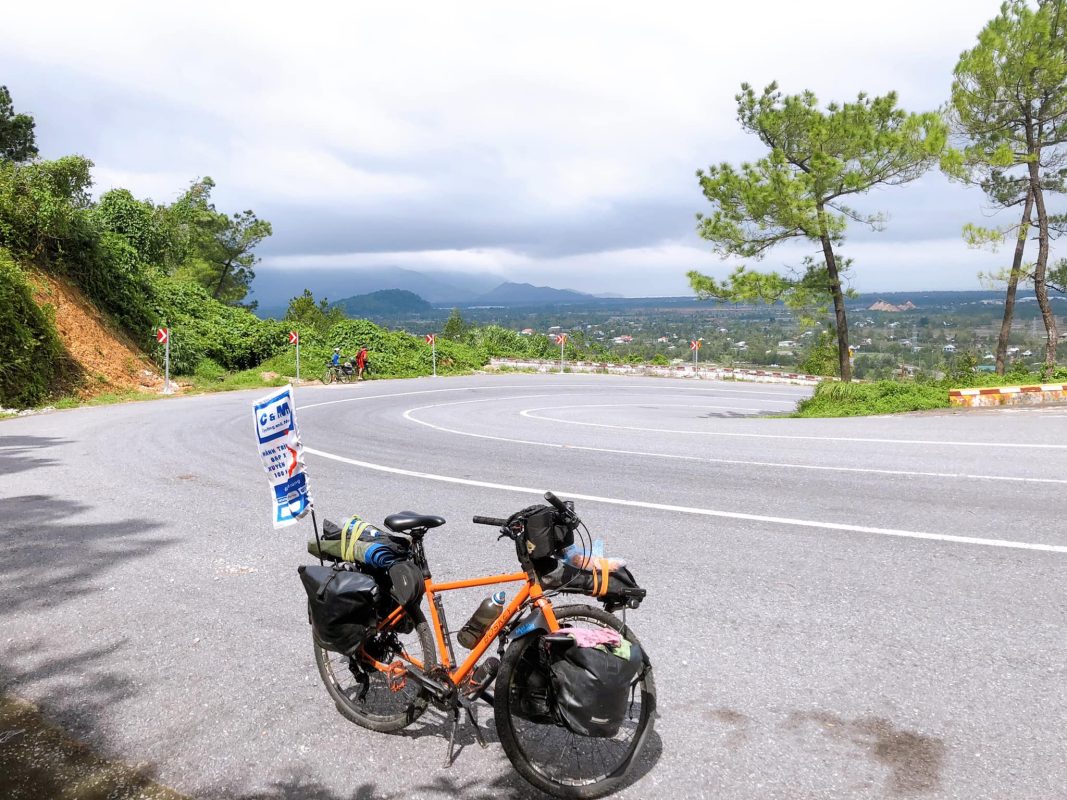 Mai Chau Bike Tours - Discover The Beauty Of Vietnam's Nature Only a three-hour-drive distance from Hanoi, Mai Chau is situated in a remote valley surrounded by tal...
END_OF_DOCUMENT_TOKEN_TO_BE_REPLACED 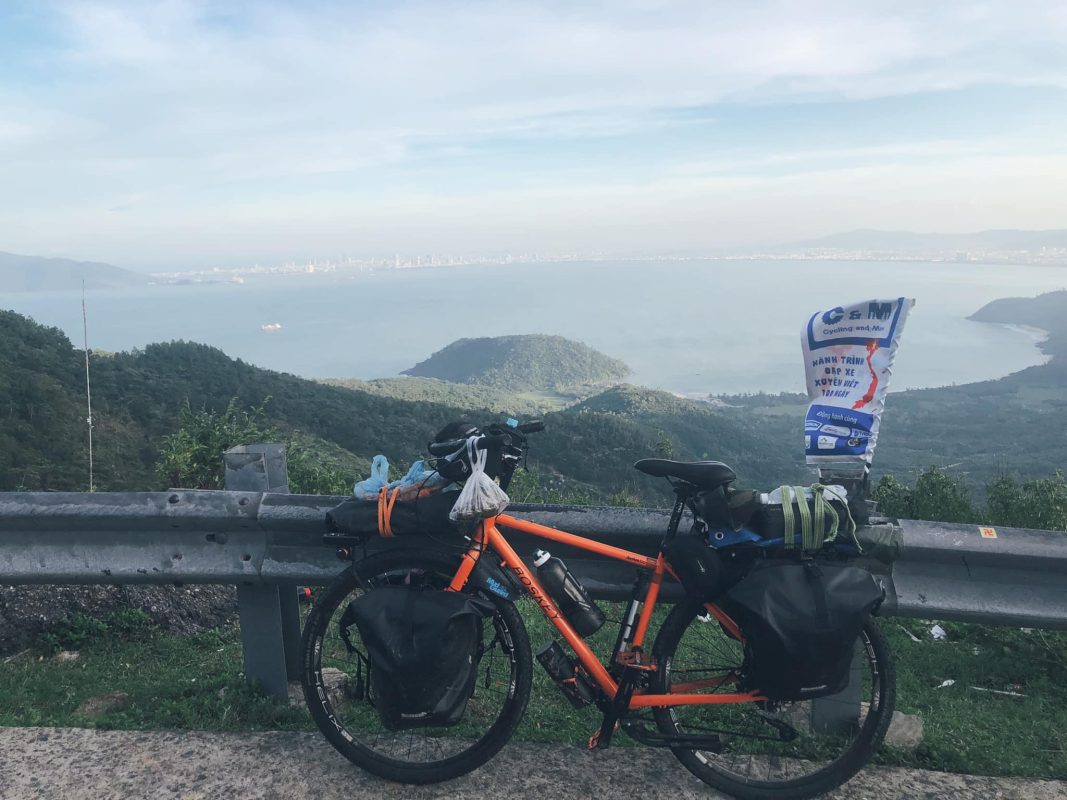 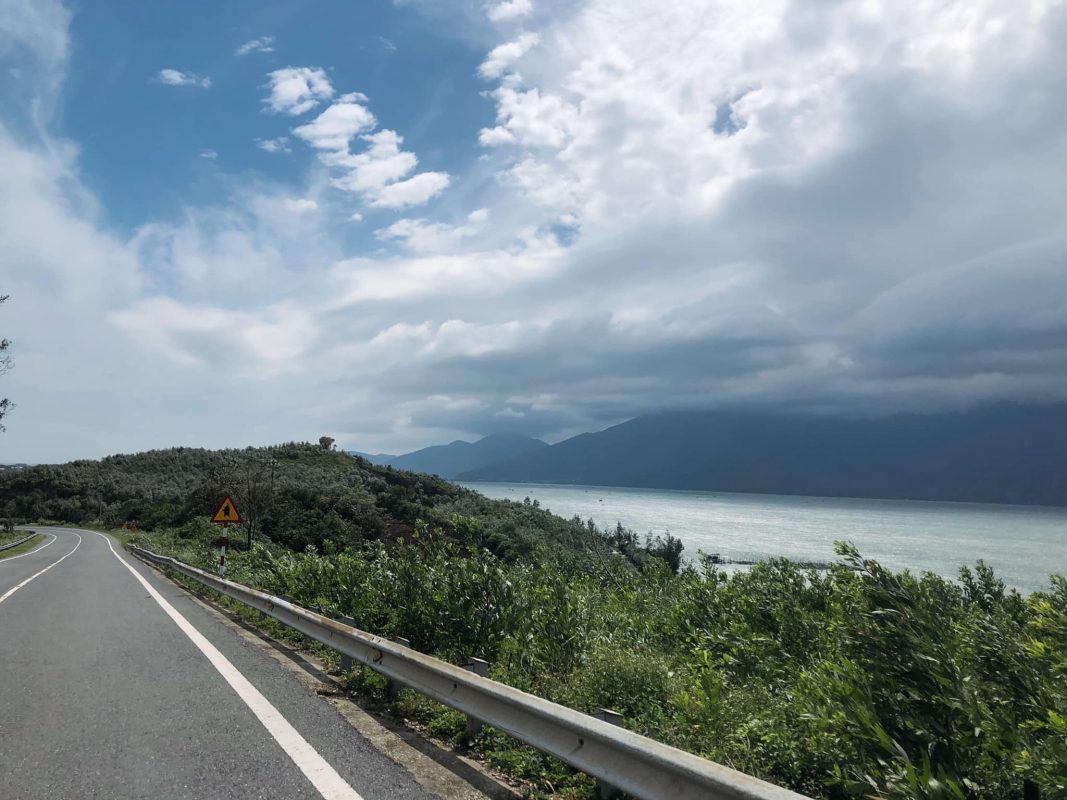 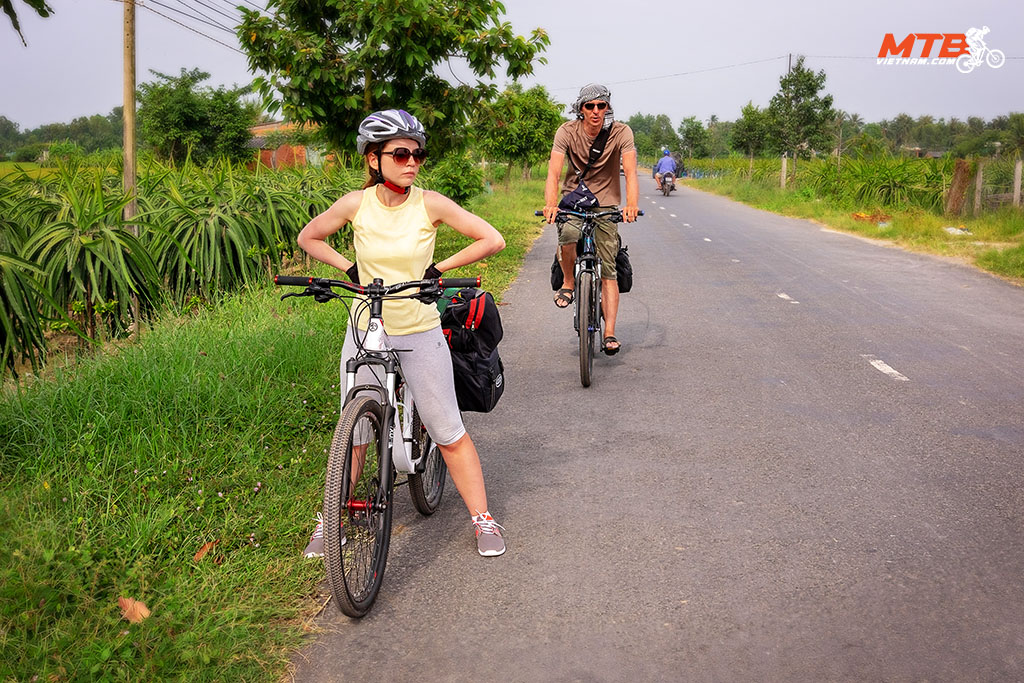 Mekong Delta Cycling Tour - 4 Interesting Days To Discover The Mekong Delta has beautiful landscapes that attract visitors who have visited it once and will remembe...
END_OF_DOCUMENT_TOKEN_TO_BE_REPLACED 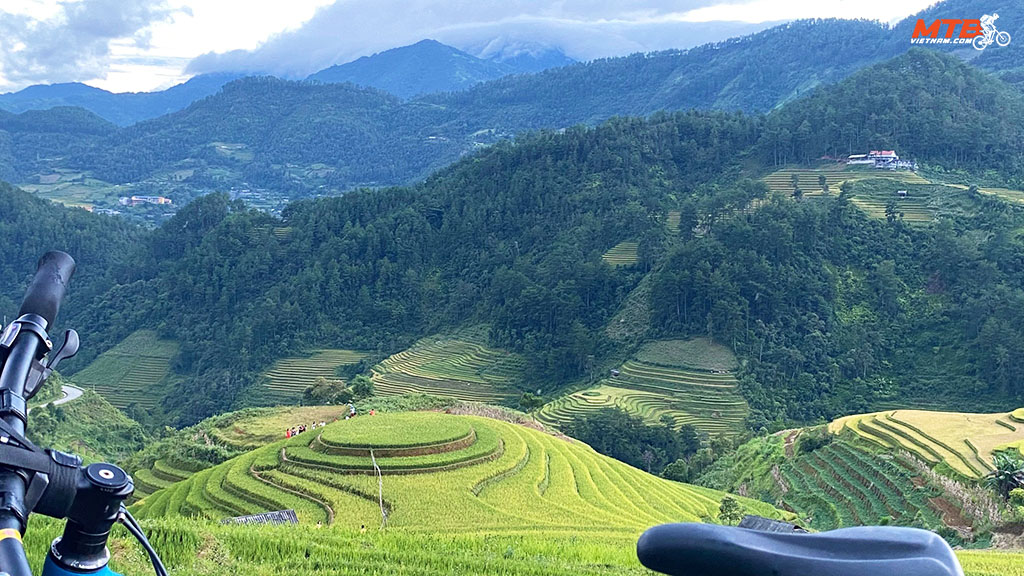 Cycling Northloop Vietnam - 15-Day Incredible Tour North West of Vietnam is the home of many hill-tribe people and is famous for its stunning landscape. Cycling Nor...
END_OF_DOCUMENT_TOKEN_TO_BE_REPLACED 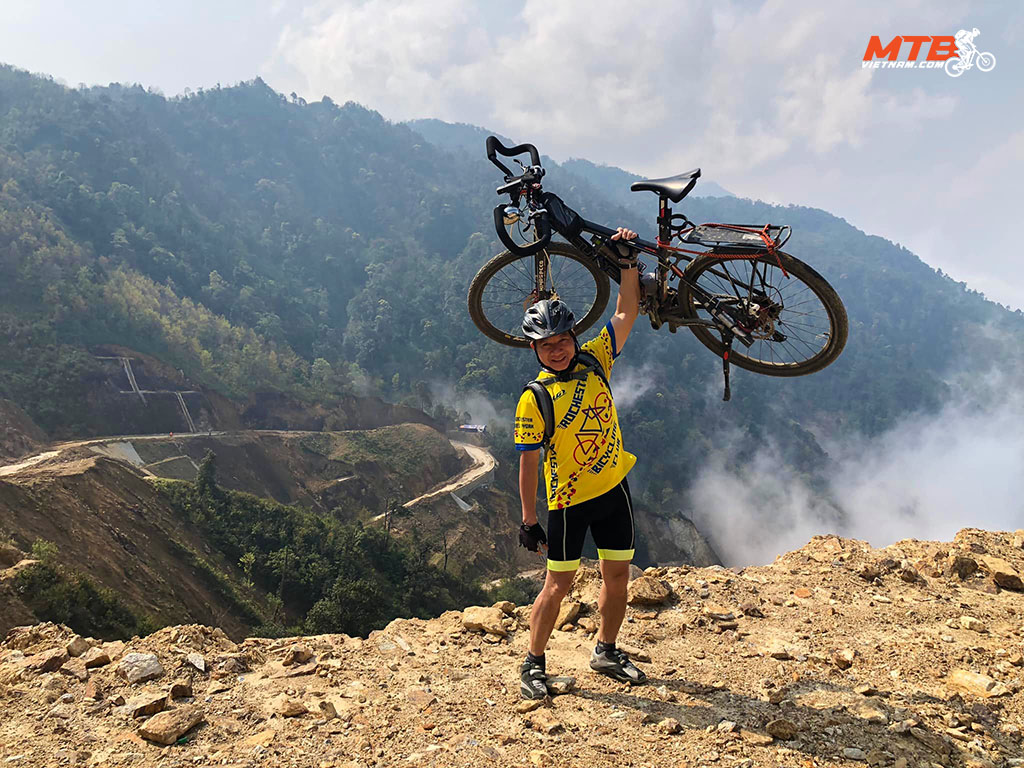 Biking Northwest Vietnam Adventure - A Wonderful15-Day To Discover Biking northwest Vietnam adventure is exciting to take you through the country's Northwest. You w...
END_OF_DOCUMENT_TOKEN_TO_BE_REPLACED 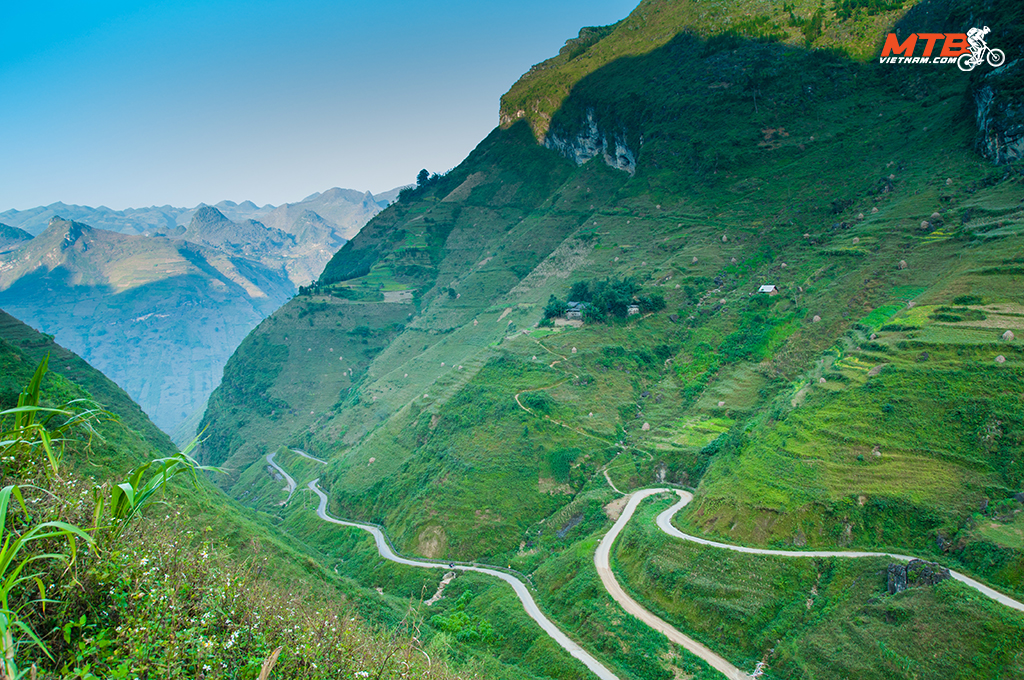 Biking Around Northern Vietnam - An Amazing Experience With Nature! Are you ready to embark on an expedition biking around northern Vietnam within 2 weeks? The Nort...
END_OF_DOCUMENT_TOKEN_TO_BE_REPLACED